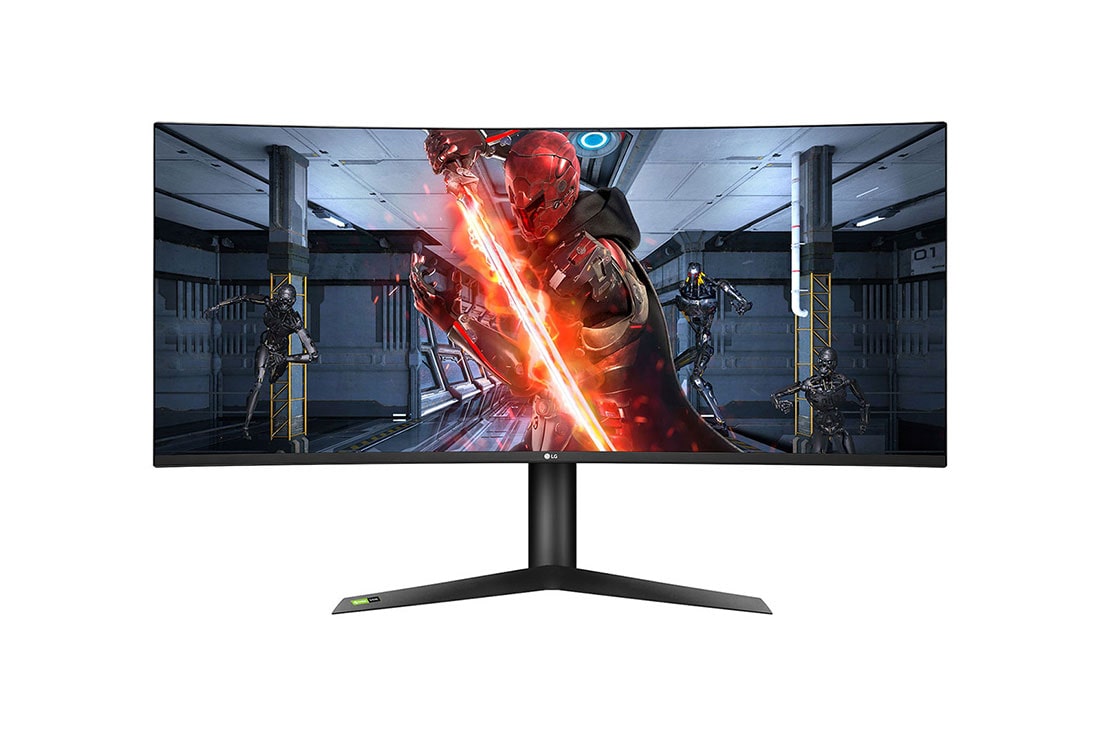 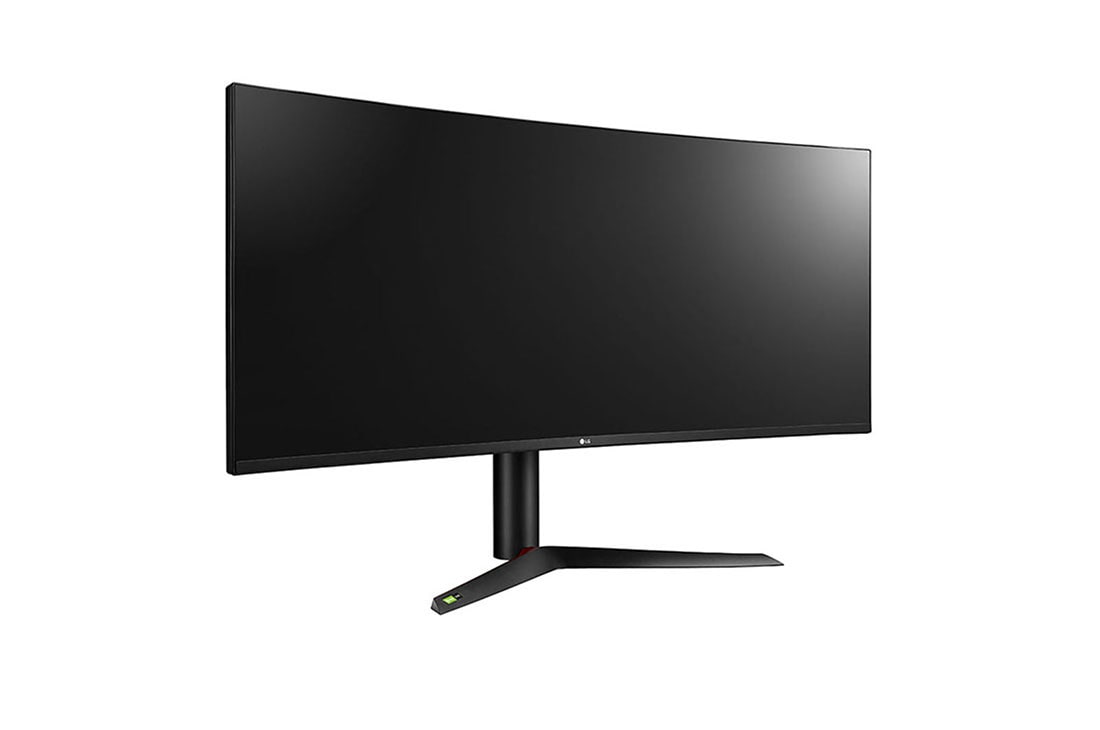 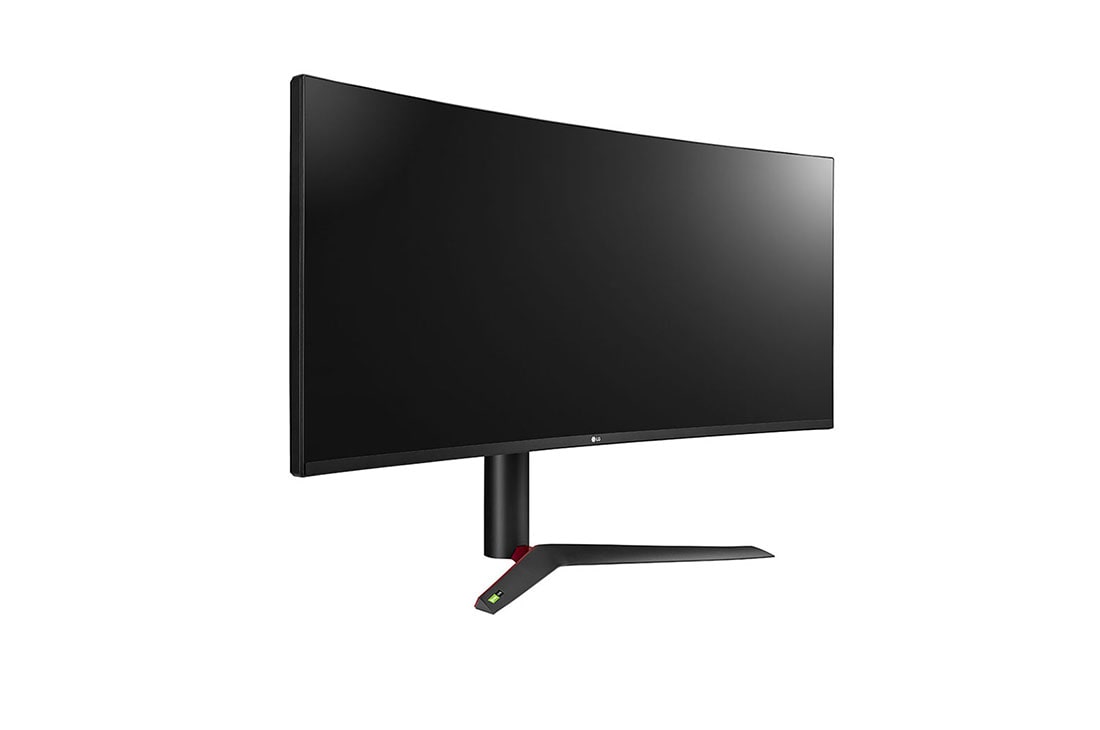 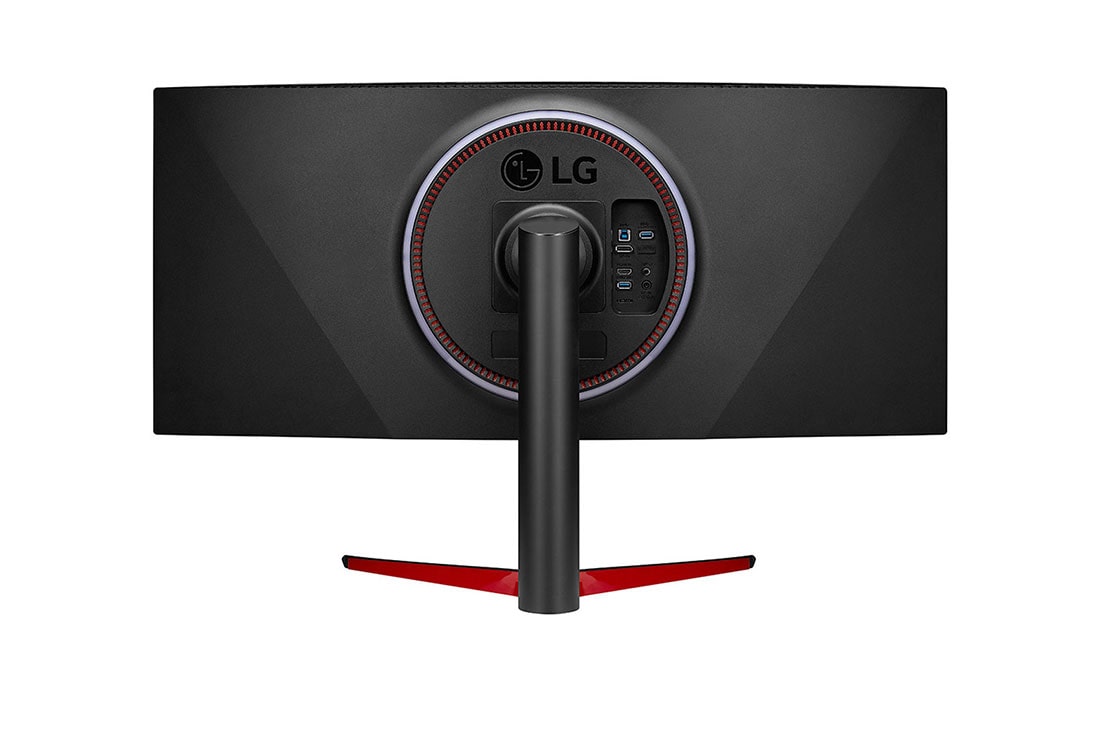 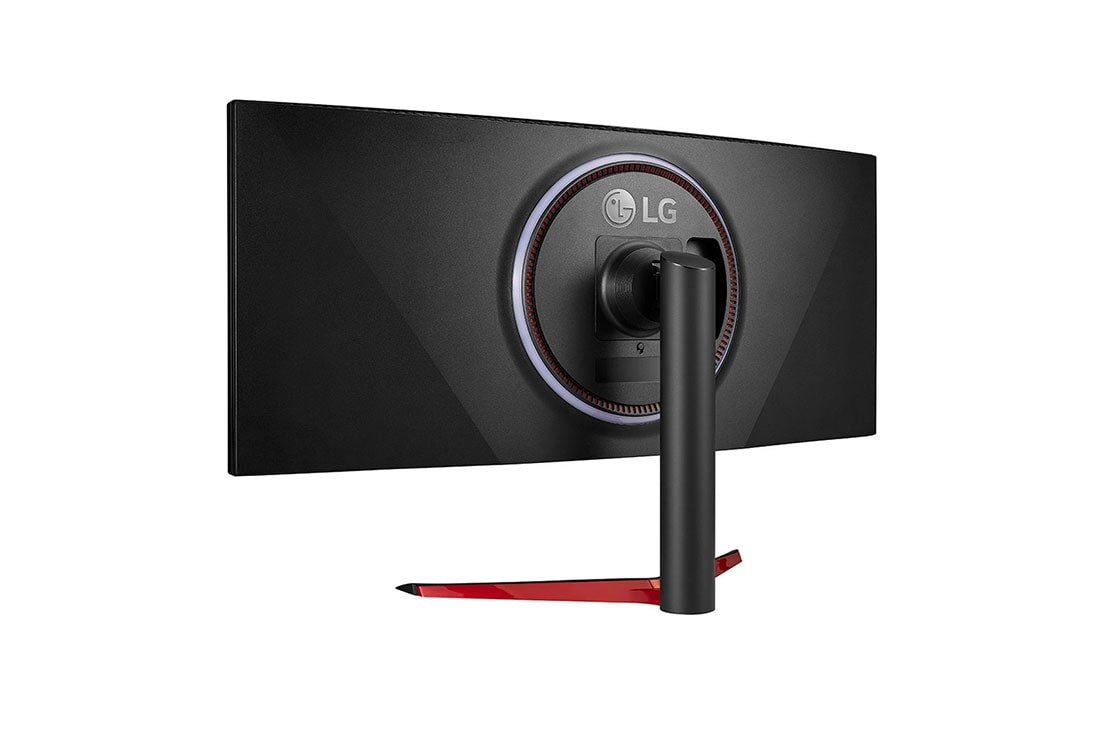 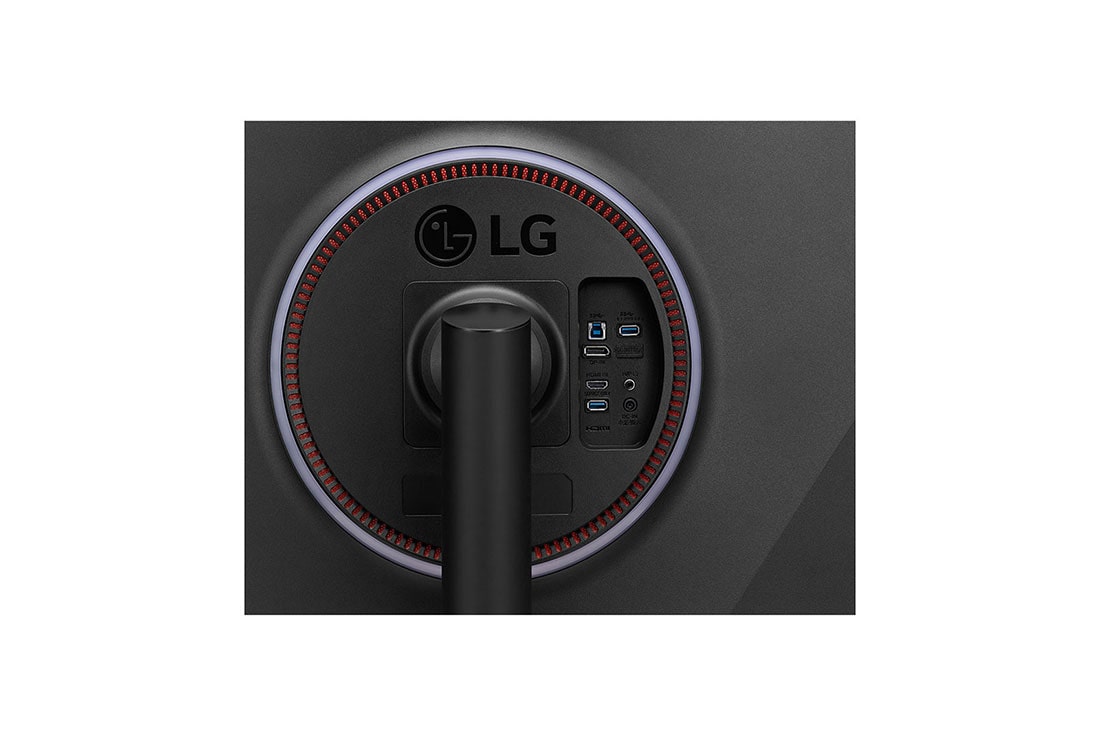 1/9
*The actual product may differ from image shown. 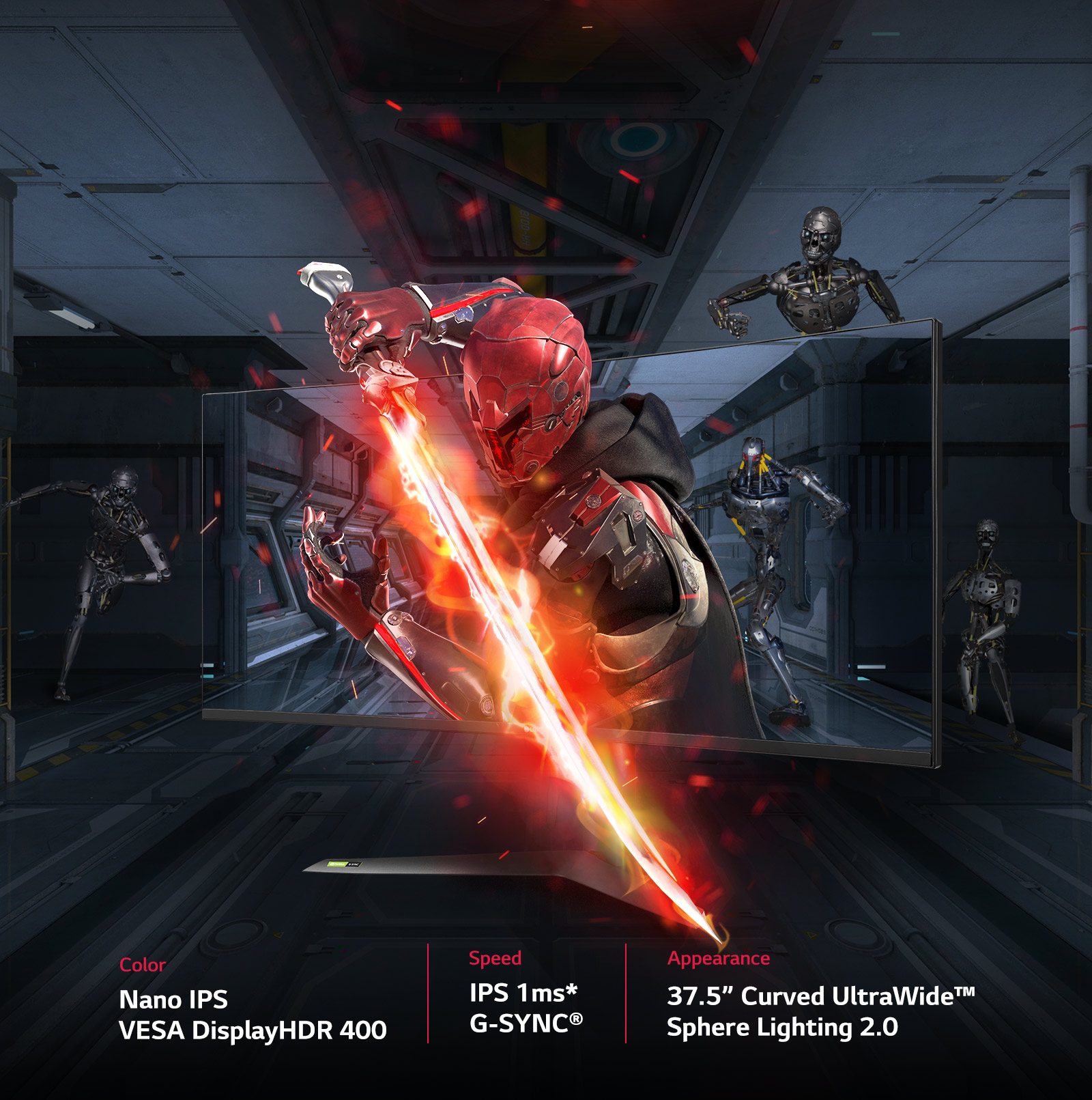 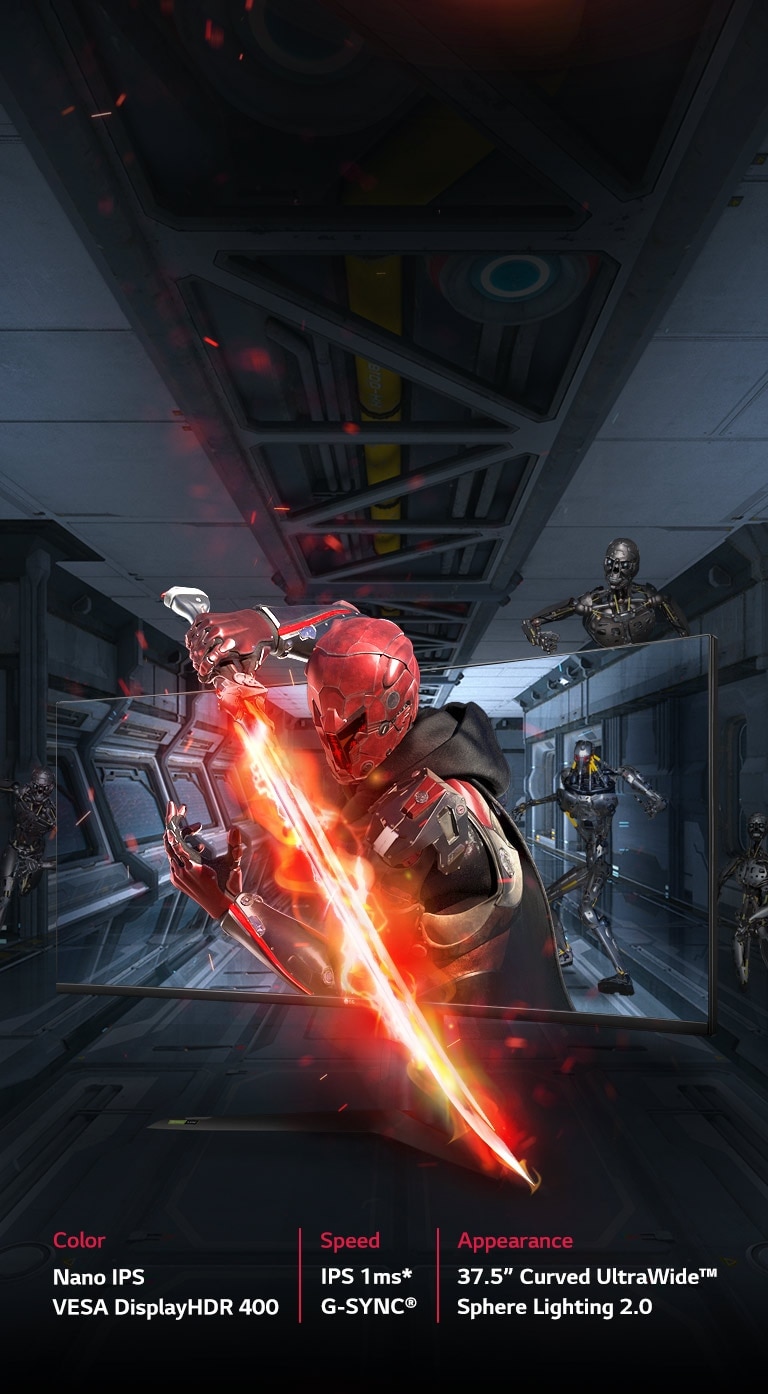 Geared Up for Victory

LG UltraGear™ is the powerful gaming display gear integrated with the hi-performing functions which can respond to any blockbuster games.
Watch the Full Movie 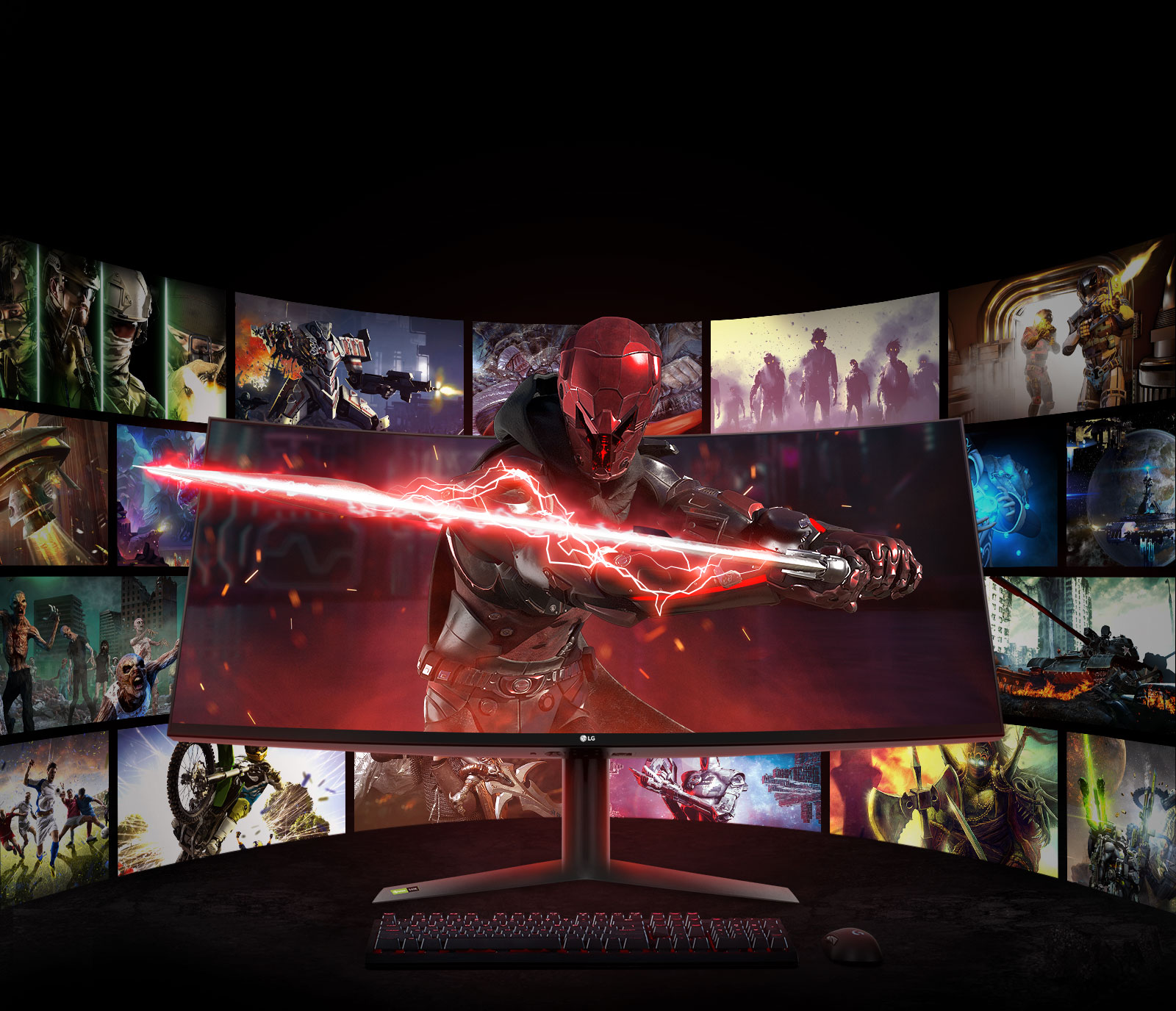 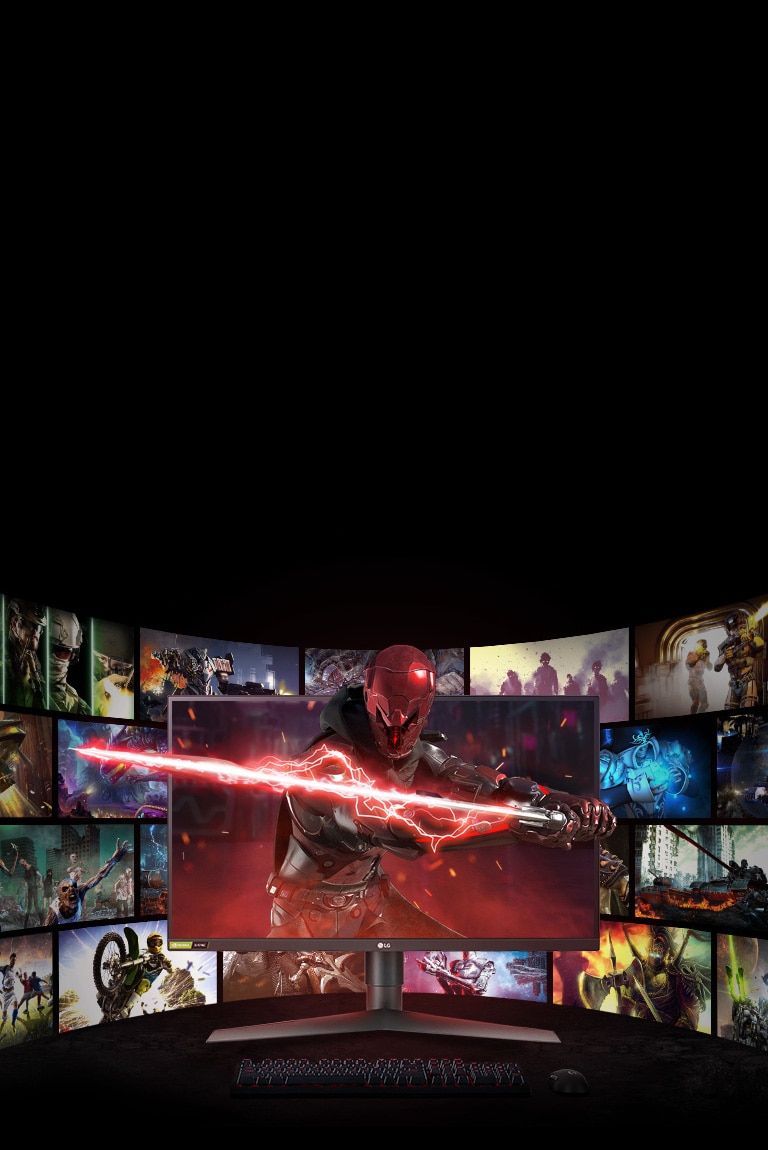 The value of an UltraGear™ monitor is total immersion. You can experience breath-taking gaming performance that surpasses your expectations through 38GL950G with Nano IPS 1ms called the most ultimate gear. 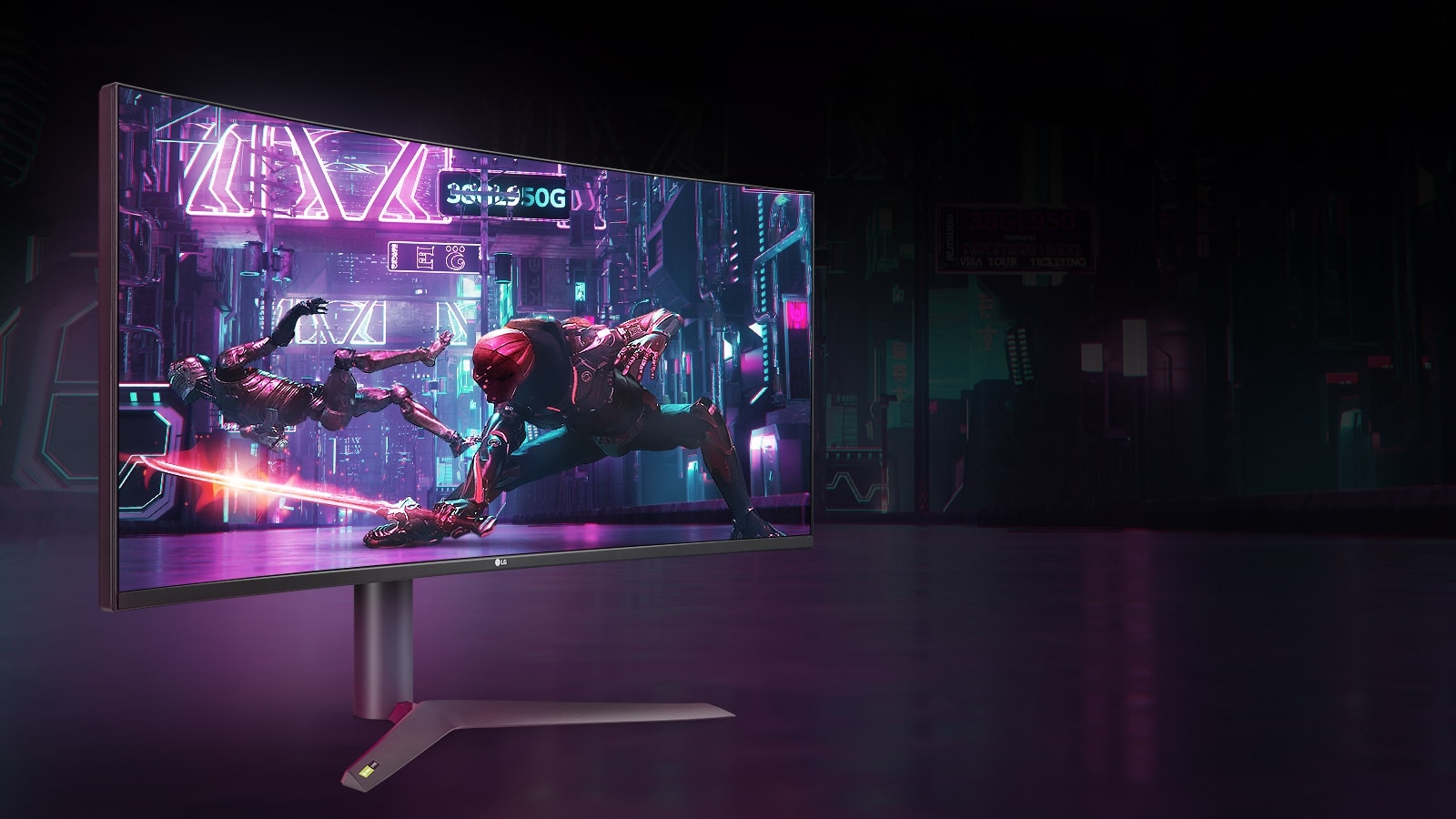 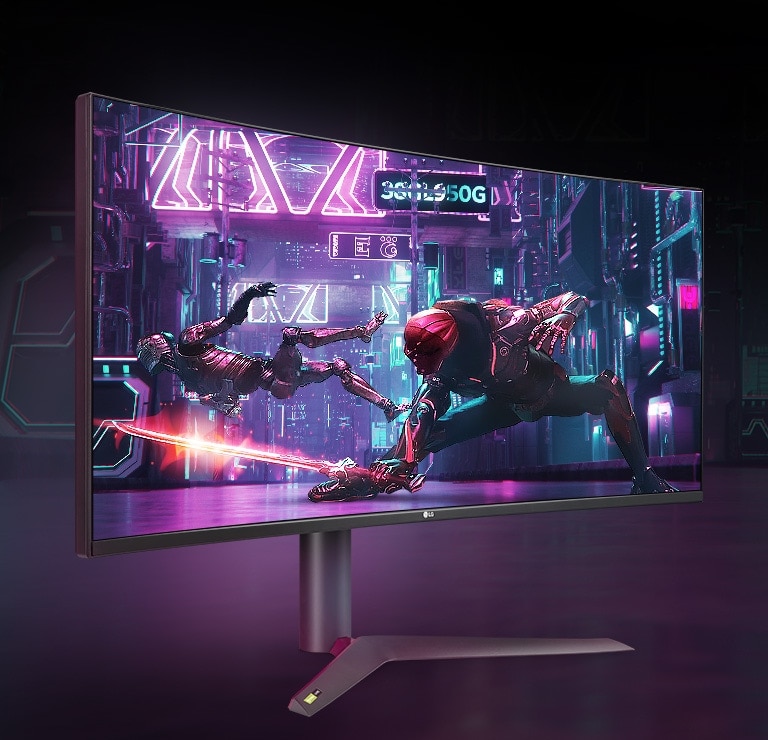 38GL950G supports a wide colour spectrum, 98% of the DCI-P3 colour gamut and a colour range 35% greater than sRGB 100%, expressing high-fidelity colour for reproducing even more vivid scenes on the battlefield. 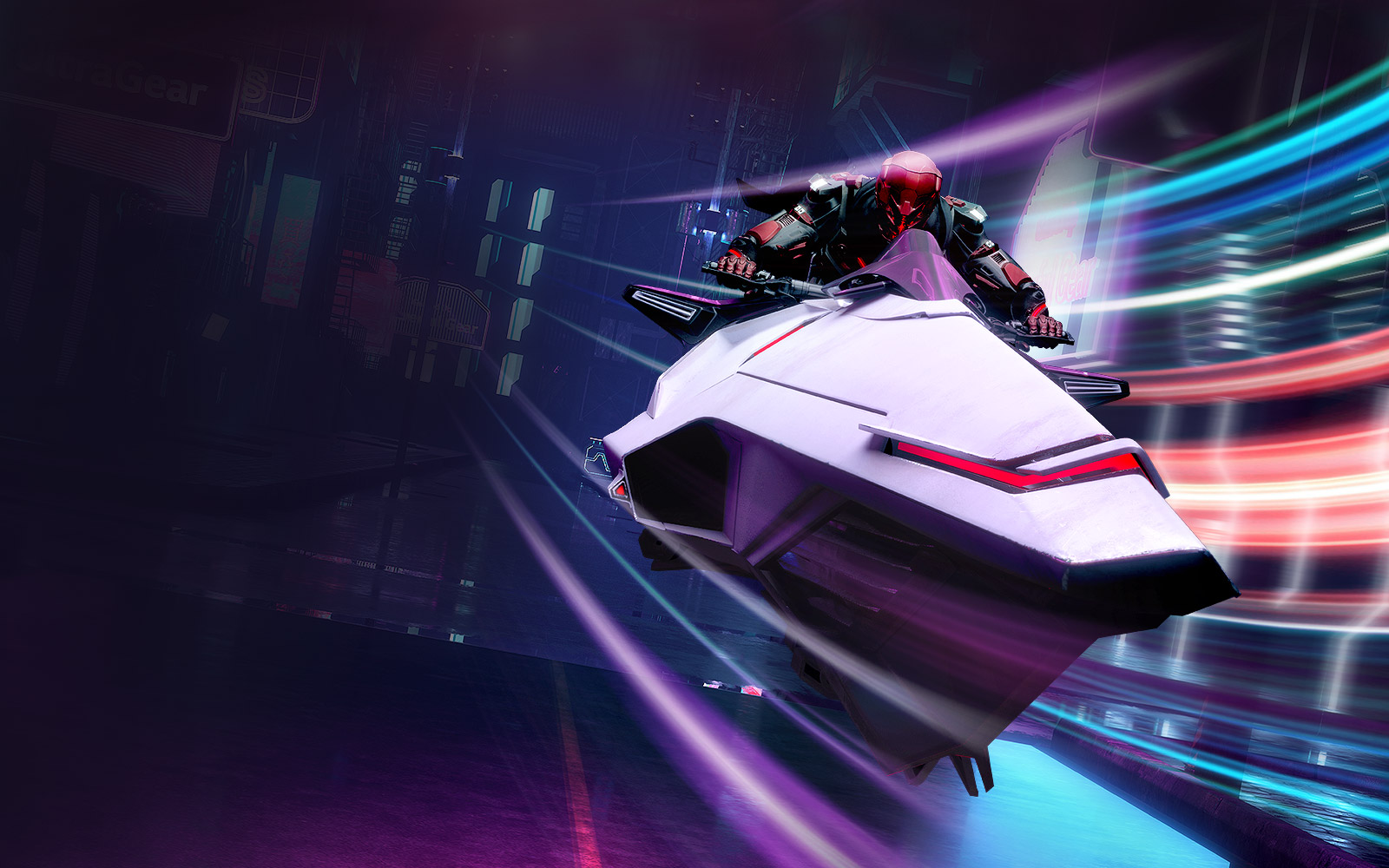 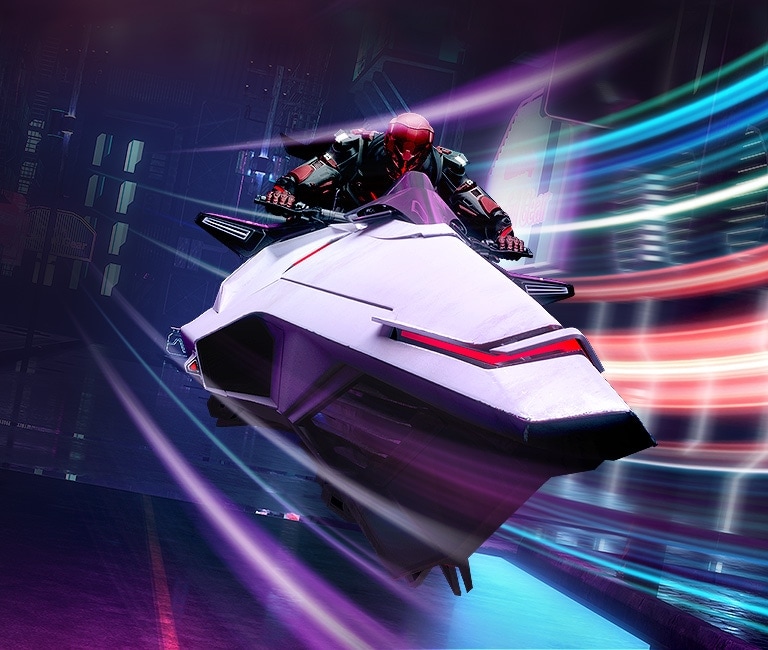 If you're fed up with dimming and flickering screens, you've come to the right monitor. With IPS 1ms, you'll dominate and clinch victory-without the side effects of extreme speed.
*UL tested GtoG response time of LG monitor 38GL950G.
*IPS 1ms is available if refresh rate is above 144Hz. 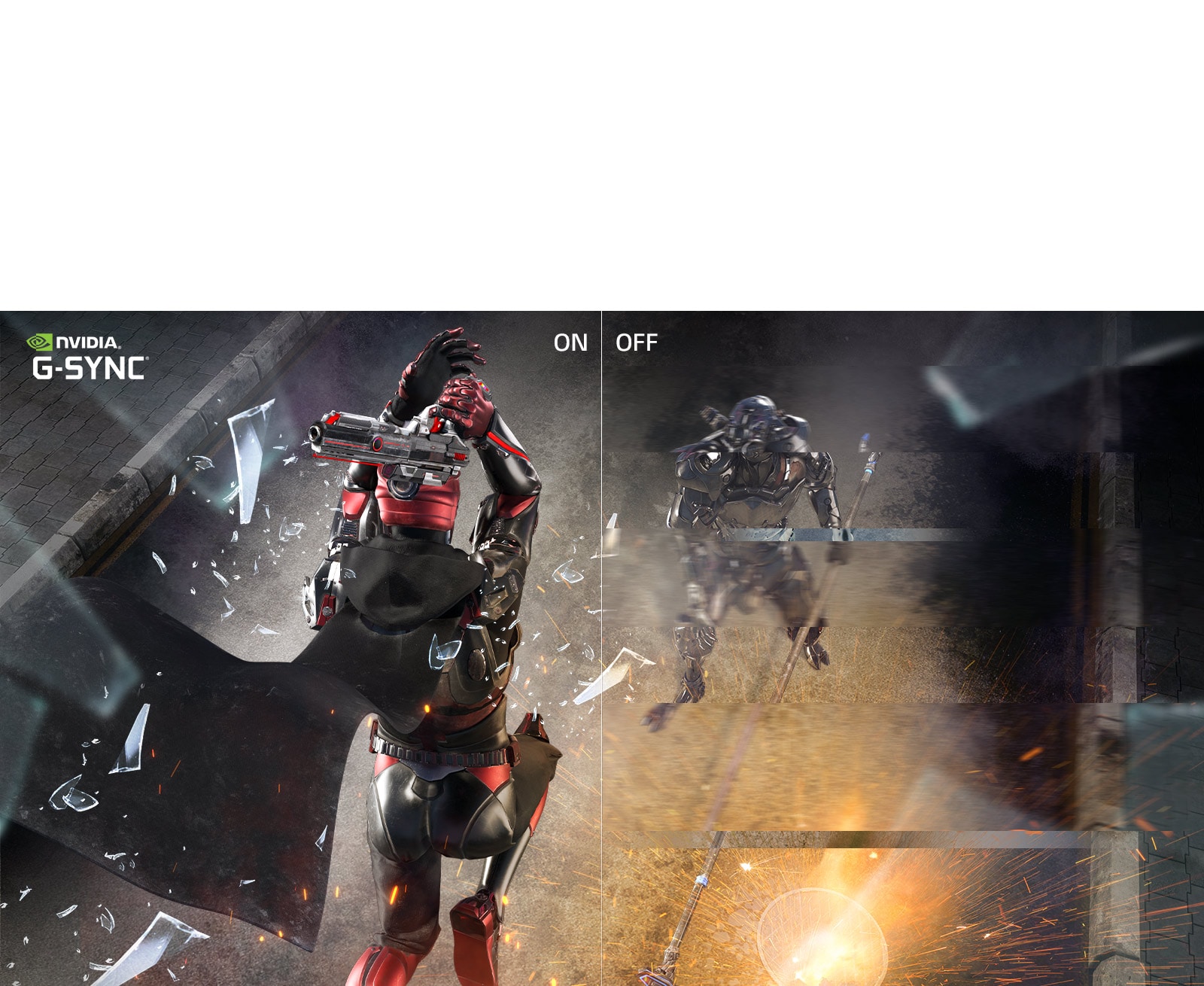 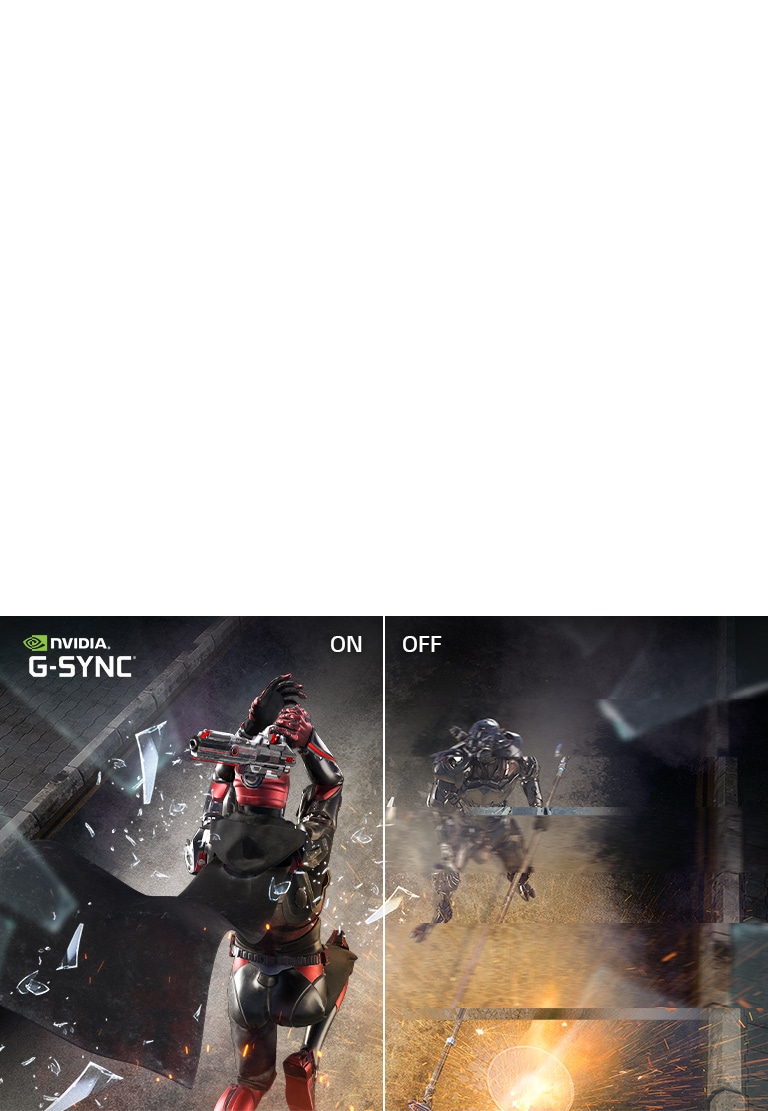 With G-Sync® technology gamers can play without worrying about frame loss, it eliminates tearing and stuttering that occurs from the difference between a graphics card's frame rate and the refresh rate.
*The scene is staged for understanding the feature. 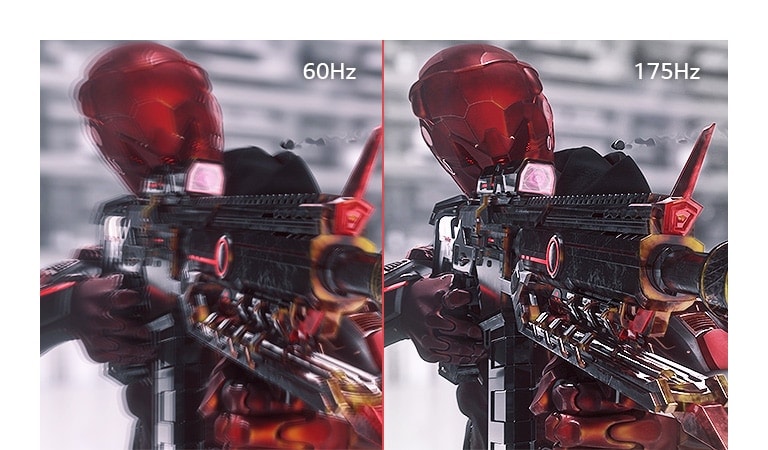 A ultra-fast speed of 175Hz (Overclock) allows immediate action on the screen. Objects are rendered more clearly for smoother gameplay and an almost surreal visual fluidity. 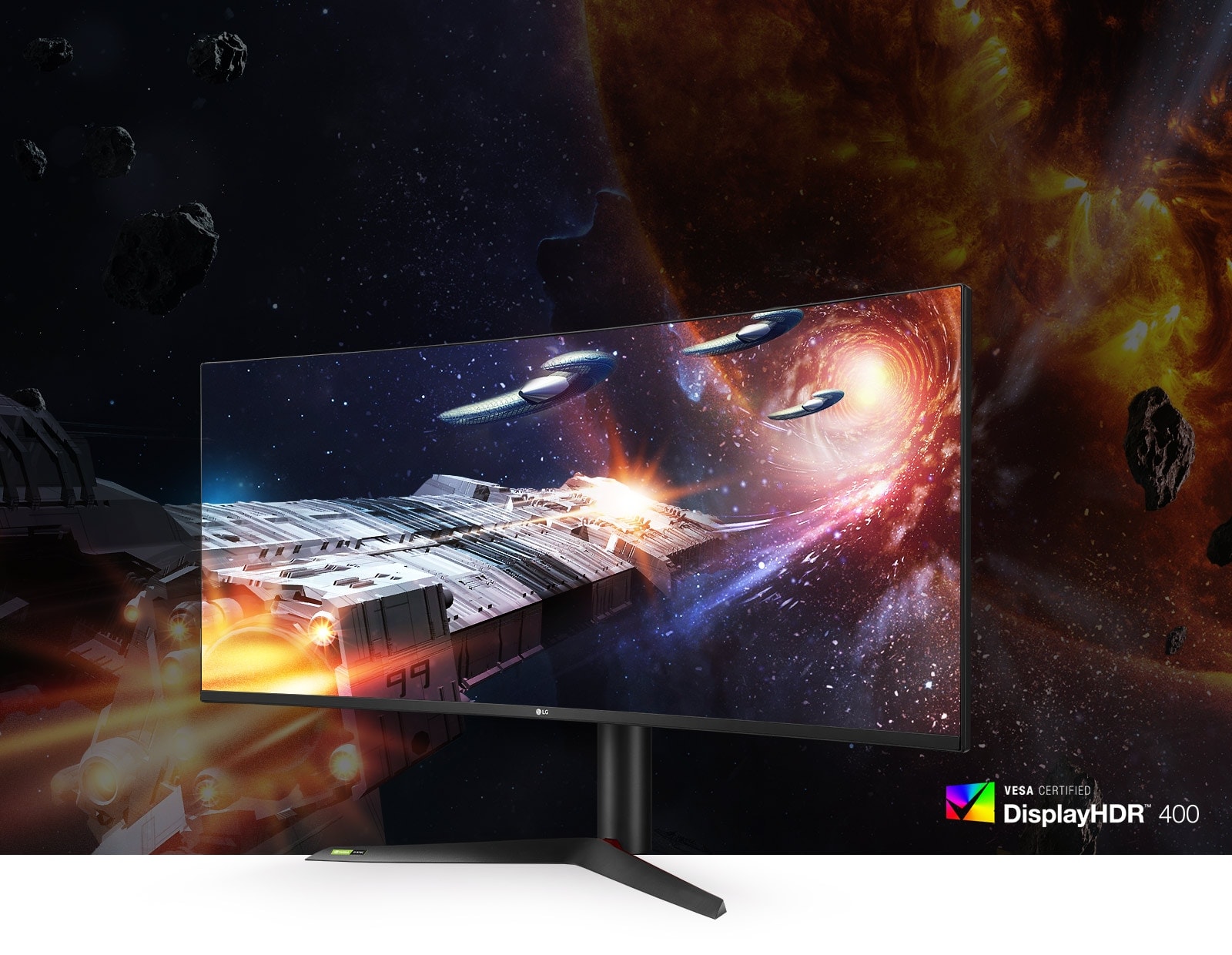 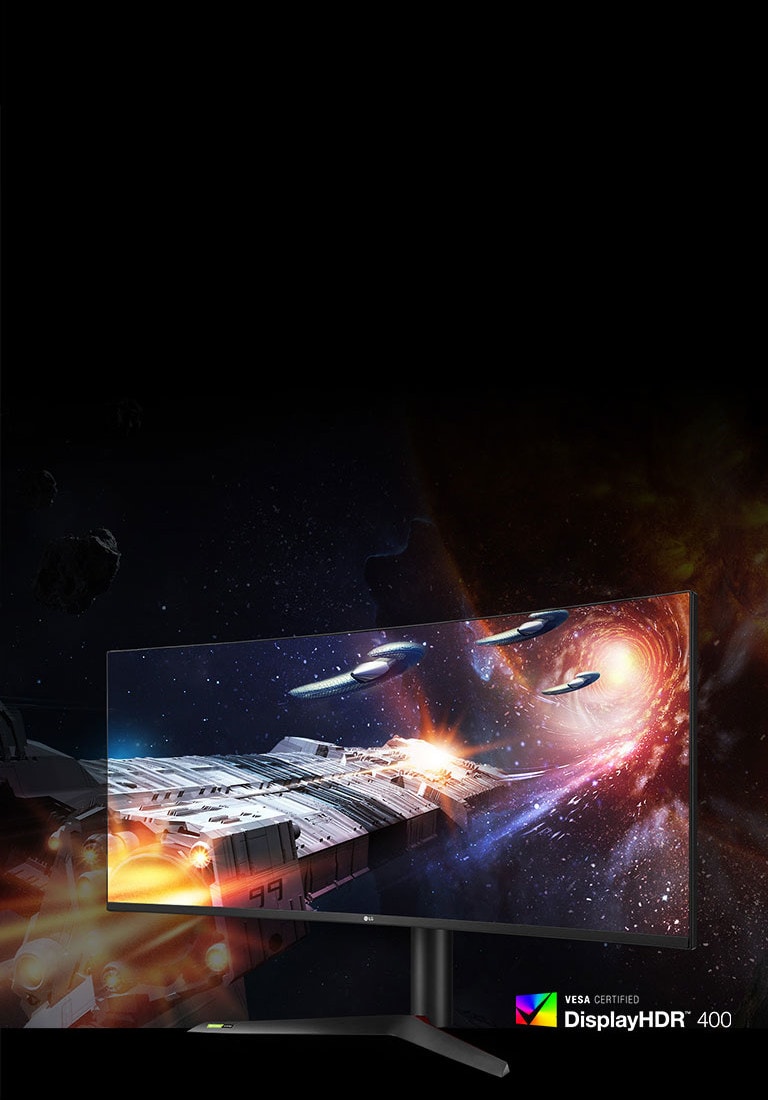 38GL950G supports VESA DisplayHDR™ 400, enabling realistic visual immersion. Regardless of the battlefield, gamers experience the sensation of being in the center. 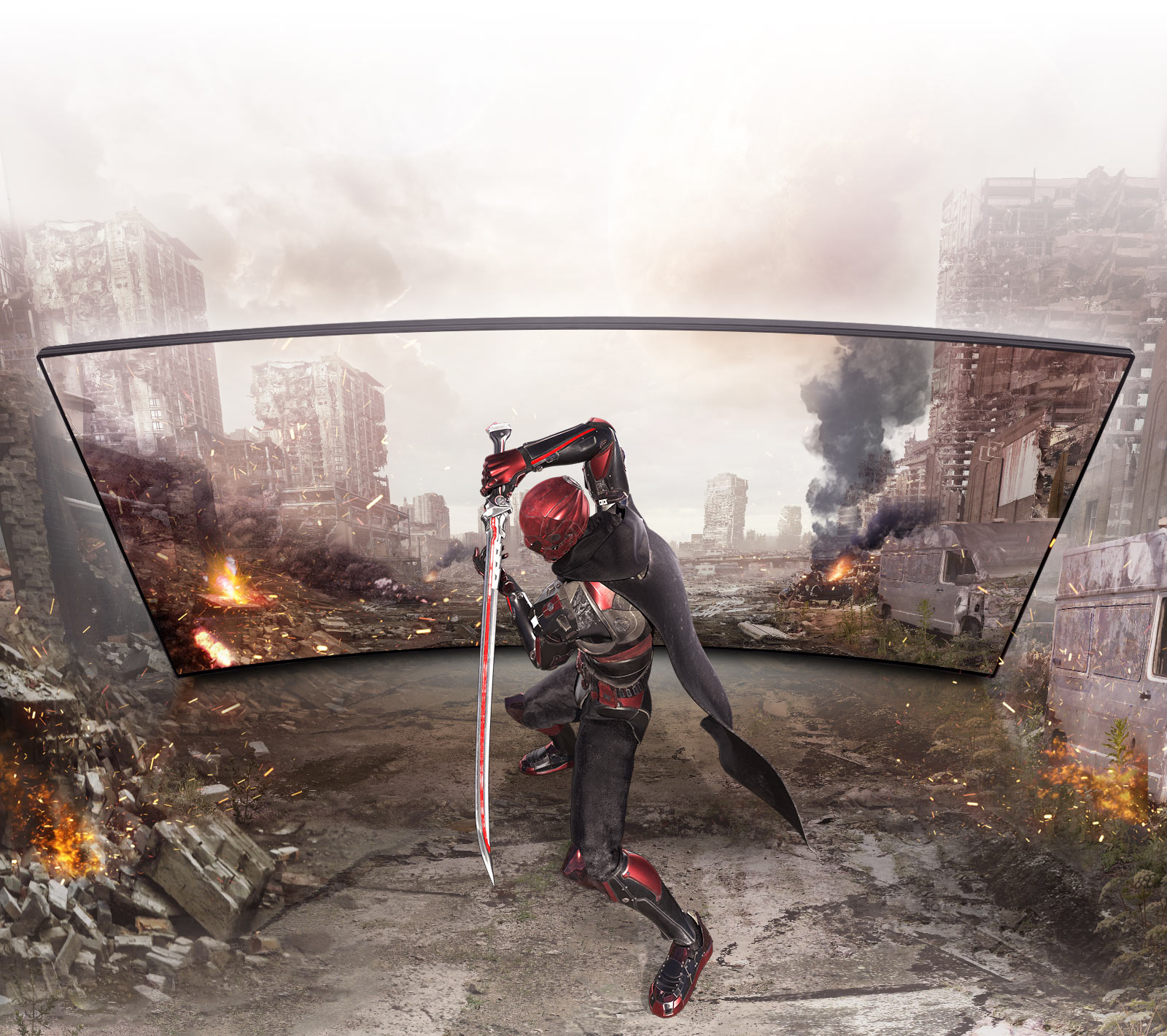 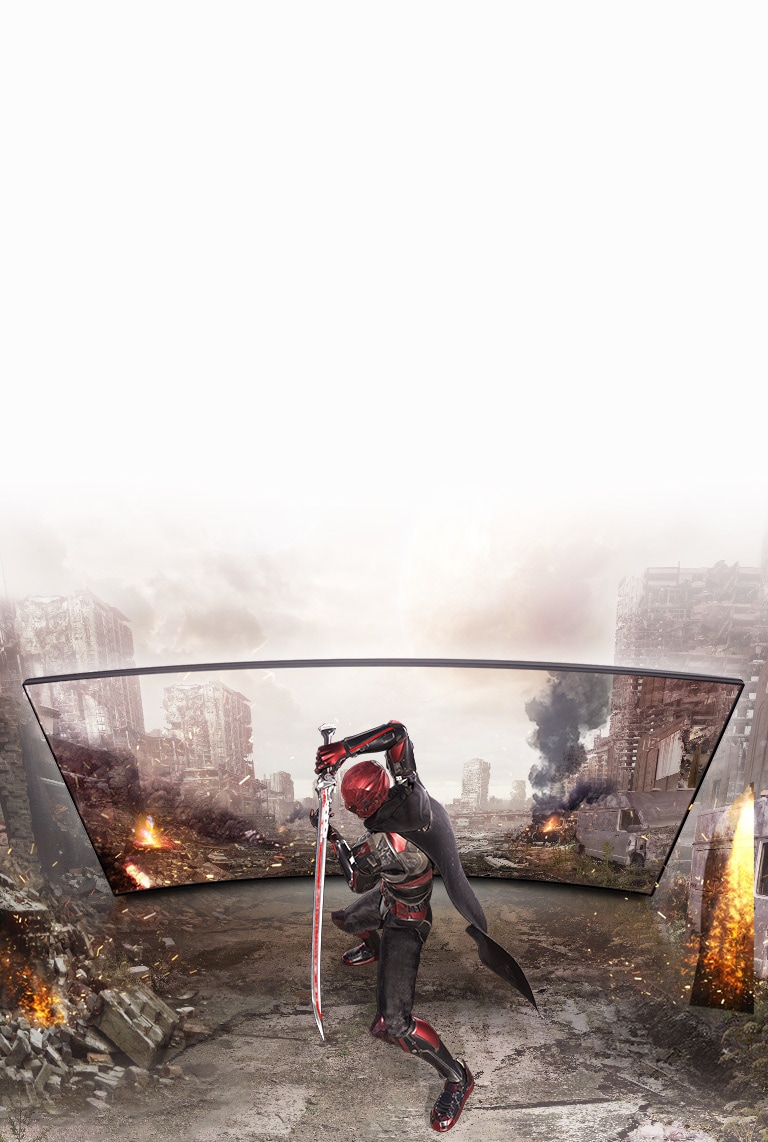 The 21:9 ratio combined with the curved screen is perfect : gamers can see more info on the FTS game screen for surviving overwhelming immersive in the wide gaming scene and standing out for a strategic advantage on the large 37.5" screen. 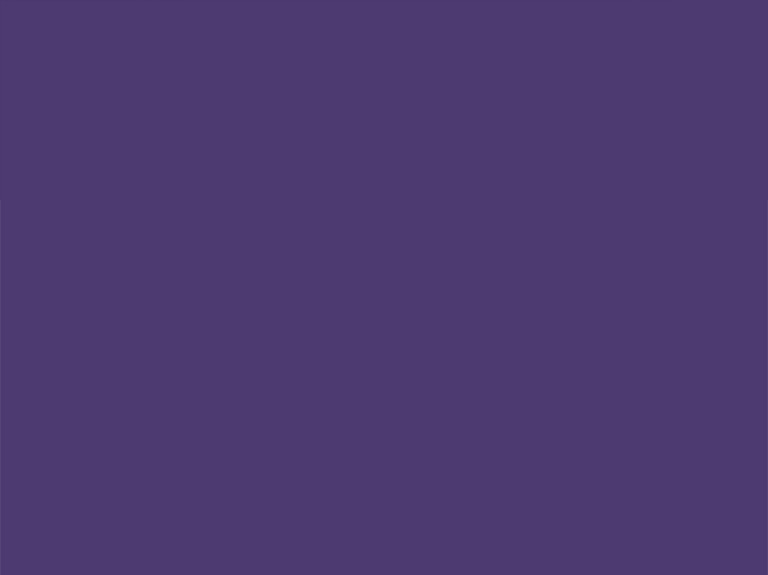 Gratification of Sight and Hearing

Sphere lighting 2.0 exceeds the limits of indirect lighting and create a gaming environment. With Sound Sync mode and Video Sync mode, gamers immerse into the game and feel as if they were actually on the battlefield. 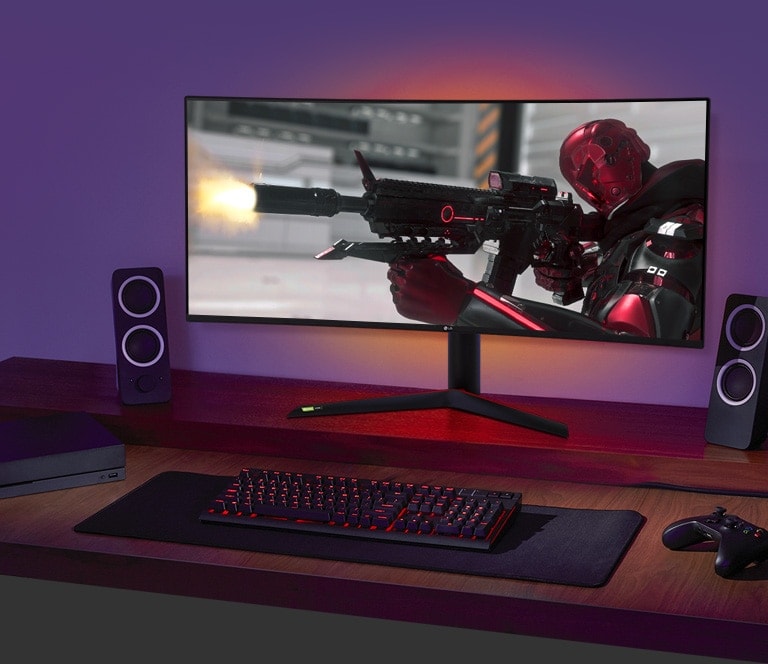 Sphere Lighting 2.0 draws you deeper into the game with bias lighting that enhances the experience while reducing eye strain. With the Sound Sync mode, the UltraGear™ lights up according to the dynamic sounds in the game.
Watch the Full Movie 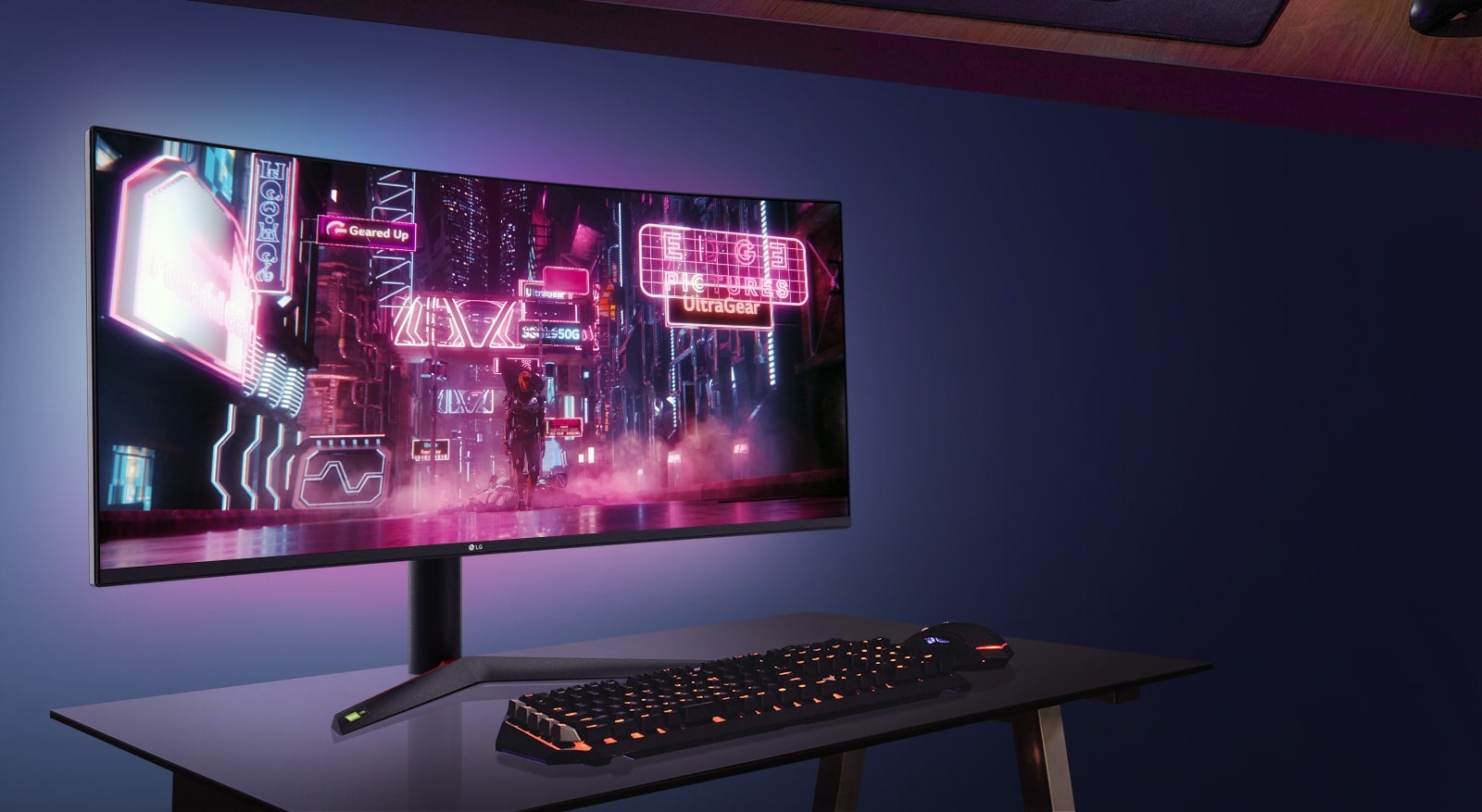 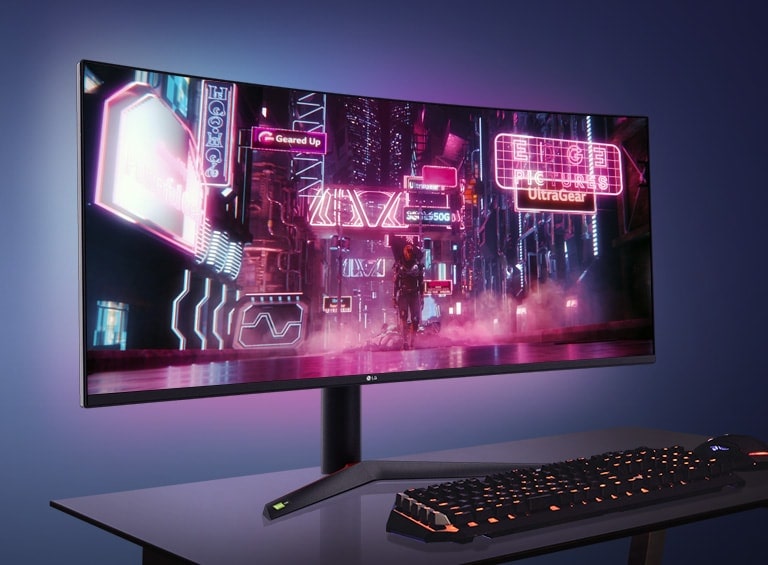 The Video Sync mode in Sphere Lighting 2.0 lights up according to the visual effect colours appearing on the monitor, allowing you to be fully immersed in the game.
Watch the Full Movie
*The video shown for illustration purpose only. Actual lighting effects of Sphere Lighting 2.0 may vary due to contents and each mode. 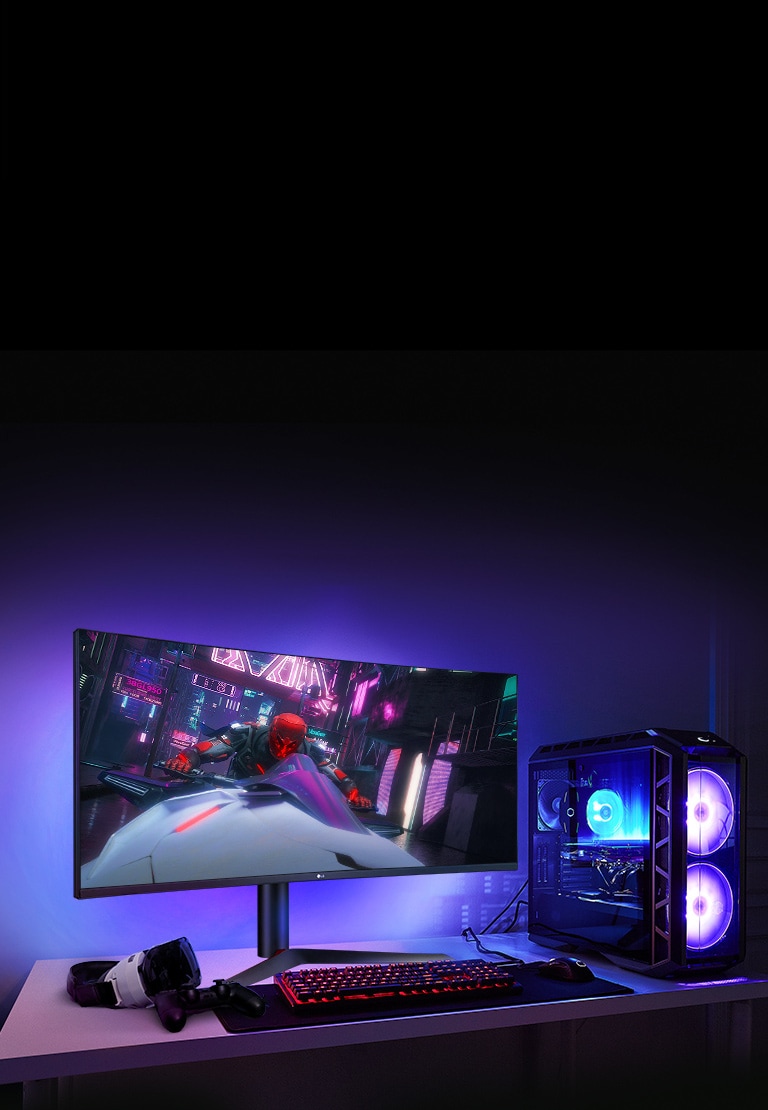 The stylish design with Sphere lighting will help you create your own gaming ambiance for better immersion. The base can be adjusted to change the tilt and height of the monitor to help you game in an ideal setting.
Close

Get your questions answered. We can help. In order to ensure we properly assist you, please have your model number and serial number ready.