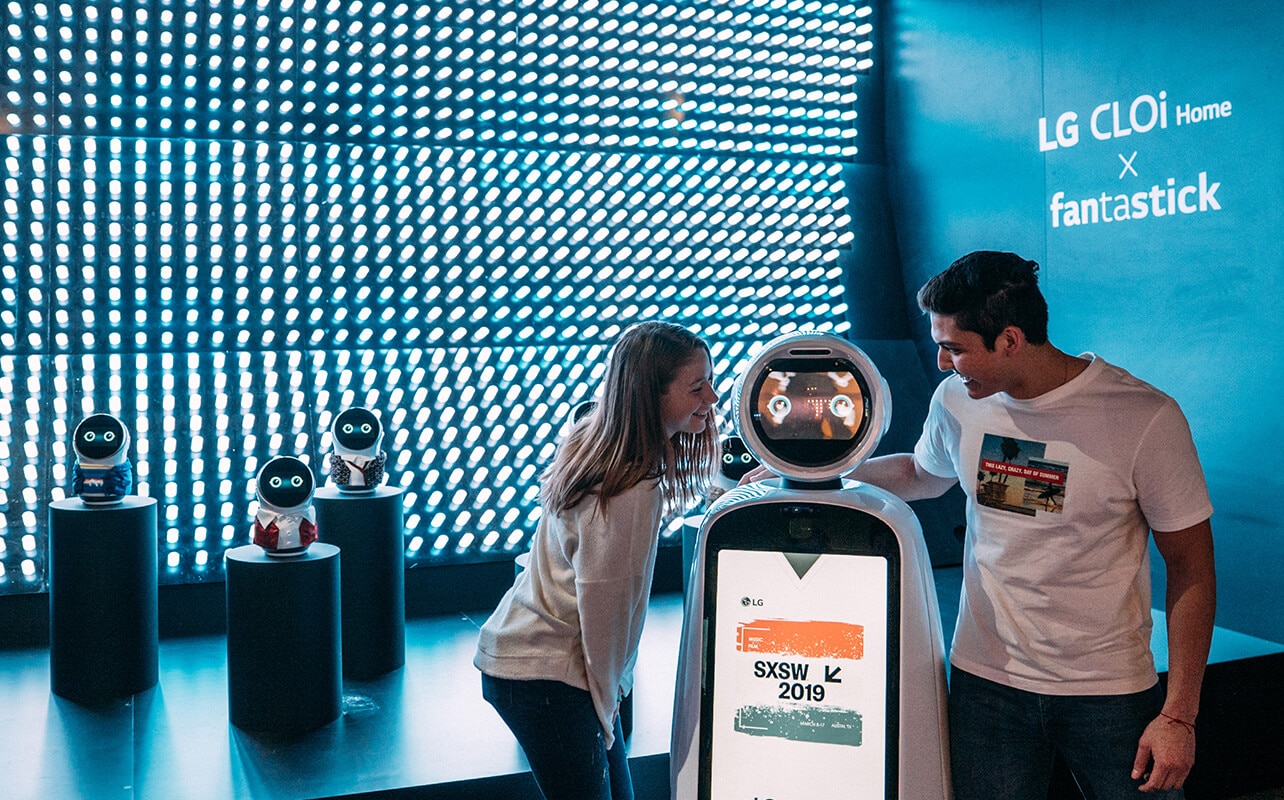 AUSTIN, Texas, Mar. 8, 2019 — Engaging with thought leaders, tastemakers and tech mavens at South by Southwest® (SXSW®) for the first time, global lifestyle innovator LG Electronics is offering festivalgoers a sneak peek at future product concepts being developed to transform the way we live.

On the opening day, the LG Inspiration Gallery will host a roundtable discussion on the customer benefits of open innovation.

The South by Southwest Conference & Festivals celebrates the convergence of the interactive, film, and music industries. Fostering creative and professional growth, SXSW is billed as “the premier destination for discovery,” making this the ideal venue for LG to preview future innovations, according to Lee.

“South by Southwest, where the creative and technology communities converge, is like a giant focus group testbed for new products ideas and concepts,” said Lee.

LG’s participation at SXSW is the embodiment of our ambition for open innovation and our drive to continue breaking new ground,

Through anthropological and psychological research on trends, human behaviors and cultural codes from all over the world – conducted by an affiliated, independent multidisciplinary lab called Life Soft Research – the LG NBC exemplifies the company’s principles of open innovation, with designs strongly reflecting the opinions of employees and customers. LG HomeBrew, the innovative capsule-based device that allows consumers to create their own homemade craft beer, is an example of technology stemming from the in-depth work undertaken at LG NBC.

At SXSW, LG is showcasing the latest additions to its AI robot line, LG CLOi. The concept models illustrate the company’s wide-ranging efforts to develop robots that are capable of communicating and identifying with users.

Five new LG CLOi concepts are being shown for the first time with robots that recognize your emotional state and can express a variety of feelings including the four major emotions (joy, peace, sadness and anger); robots that recognize space, objects and can communicate with users; robots with new interfaces that simplify the smart home’s IoT hub; and robots that act as playmates for pets and children, and keep an eye on the home. 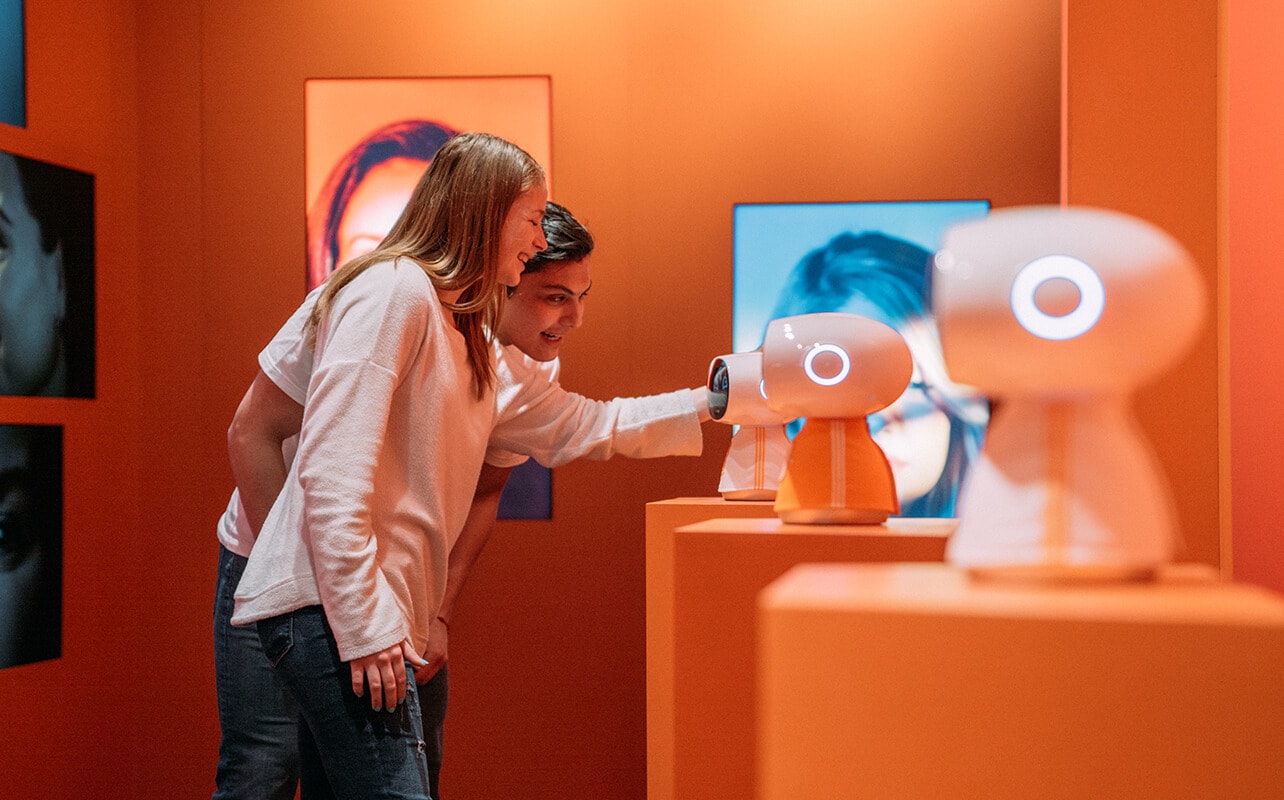 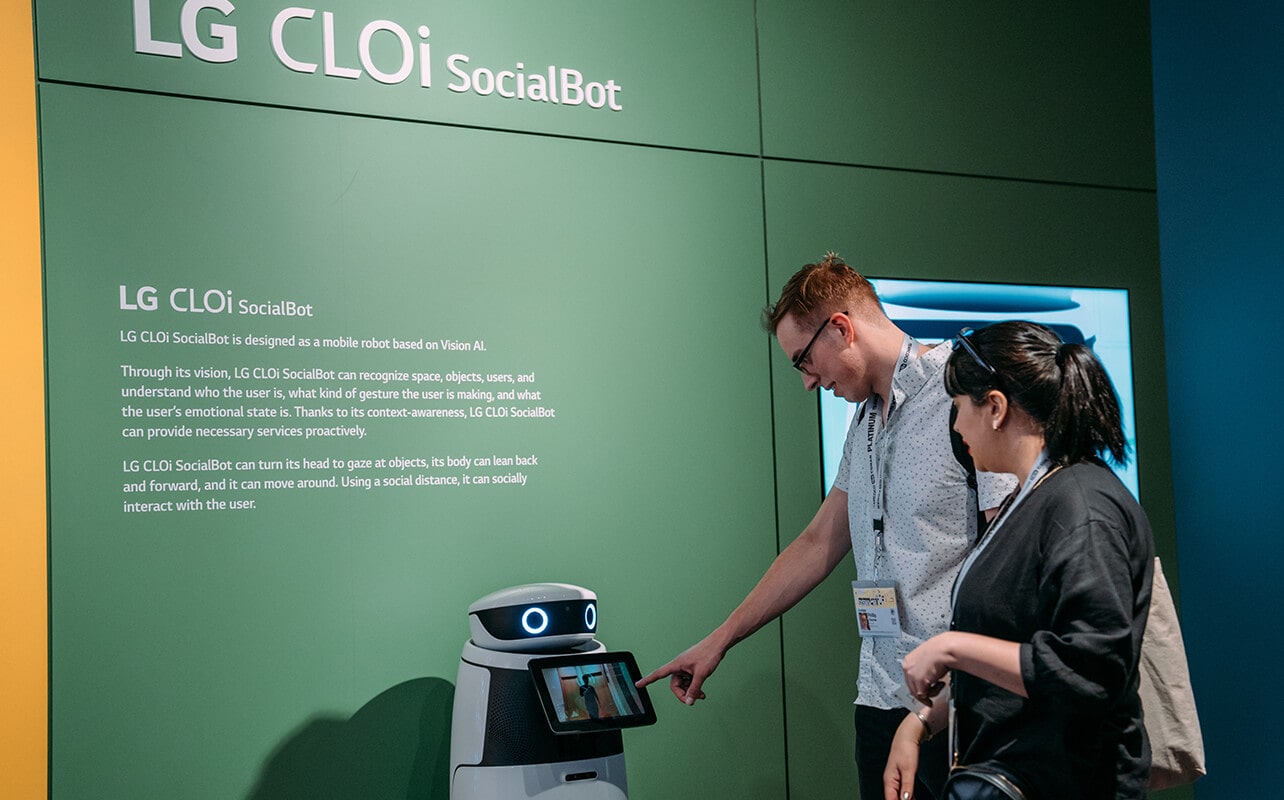 Catering to the SXSW creative community is a new audience-interaction concept for performances known as the fantastick. Revealed for the first time in the LG Inspiration Gallery, this unique Smart Lighting System concept helps create an emotional connection between the performers and the audience. Using the fantastick, the audience will become more than passive spectators and participate in performance art in new ways.

A wall clock named TIME + SPACE that not only tells the time but also provides useful information regarding weather updates and scheduling information, along with stunning earring-shaped wireless earphones, shine, which deliver excellent sound and can be worn as jewelry, are just some of the extraordinary technologies that LG will be showcasing.

Finally, a must-see highlight of the LG Inspiration Gallery is the LG SIGNATURE OLED TV R, the world’s first rollable TV – with a razor-thin 65-inch 4K Ultra HD flexible display that resembles a minimalist sculpture when hidden in the low-profile console cabinet in Zero View mode then magically rises to deliver a large-screen home cinema experience in Full View mode. The “R” in the new LG SIGNATURE OLED TV R is about creating a revolution in home entertainment and redefining space through its ability to rise and roll-up at the touch of a button. LG’s game-changing rollable OLED TV was most-awarded TV from CES 2019.