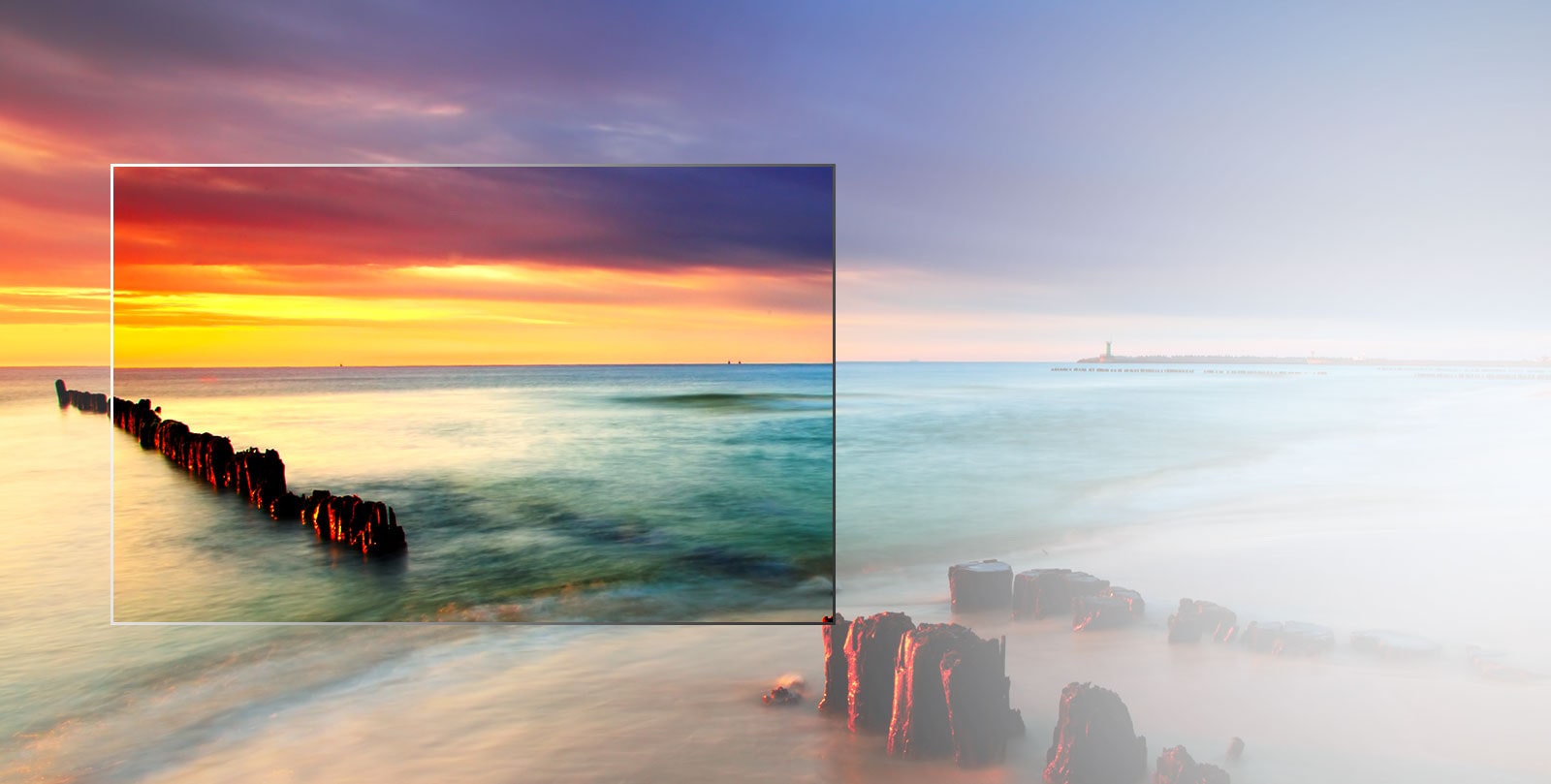 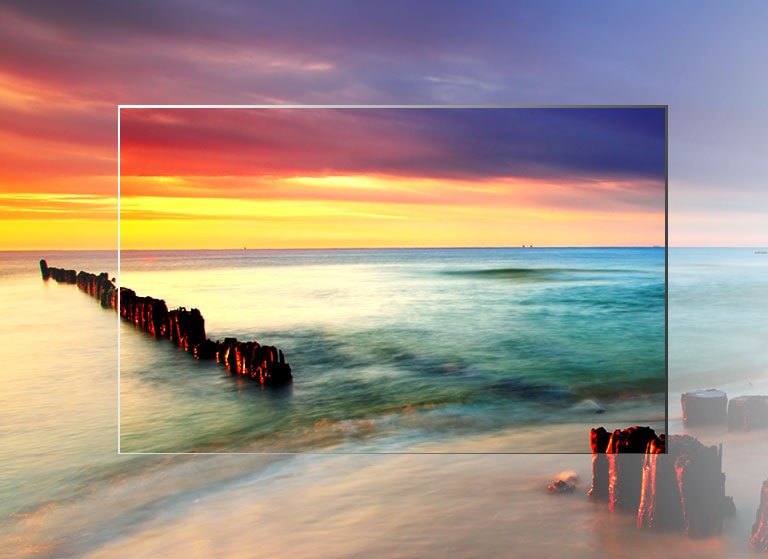 
Whether you’re watching ultra-dark scenes in a gripping movie, a video game, or in your favorite TV shows, being able to see all the details is the key to experiencing your entertainment the way it should be experienced. But what you may not realize is that the technology behind your television that makes it possible is Full Array Local Dimming (FALD)—and it can mean the difference between just watching, and really immersing yourself in it. But, what exactly is Full Array Local Dimming, and how does it improve your LED TV?

Edge-Lit: When you hear the term Local Dimming, it's usually used in reference to Edge-Lit televisions. In these TVs, the LED lights sit around the perimeter of the screen, with each zone dimming as a group in an attempt to improve contrast. In general, they do a fine job of creating contrast, but the lights are unable to dim individually and they lack the richness and depth of FALD TVs—and depending on the quality of the television you choose, their color and contrast levels may not be evenly distributed.

Direct Back Lit: Today, Direct Back-Lit technology is generally available on older or entry-level televisions. It uses a small amount of LED lights behind the screen, which work to light the picture. However, because all of the contrast depends on just a few lights, dark scenes can end up ALL dark and light scenes look TOO light, which means that contrast is negligible at best and whatever is on the screen won't come close to a true-to-life image. Some very low-end Direct Back Lit TVs offer no local dimming at all.

For the most part, Edge-Lit televisions have replaced Direct Back-Lit TVs, but you can still find some new ones at a good price, if you're interested.

Full Array
TVs with Full Array Local Dimming technology have multiple zones throughout the display and—unlike TVs that have LEDs around the edges of the panel—these LEDs are instead placed behind the screen, like the Direct Back-lit TVs… but that’s where the similarity ends. Full Array LED backlighting delivers hundreds of different LEDs, resulting in light levels from many separate zones. Thanks to these independently controlled light zones, you see enhanced black levels, better shadow detail and a decreased level of “light bleed”—which can occur when the light is not completely blocked, allowing excess light to "bleed" out around the edges of the panel and creating areas that are too light on a dark background. With light bleeding decreased, you get greater contrast and superior picture quality, while enjoying enriched colors and life-like images for a true home-cinema experience. And while Edge-Lit Dimming improves picture quality to a point, Full Array Local Dimming is the crème de la crème of Local Dimming technology—which has never been more important than in today’s high dynamic range (HDR) TV realm. 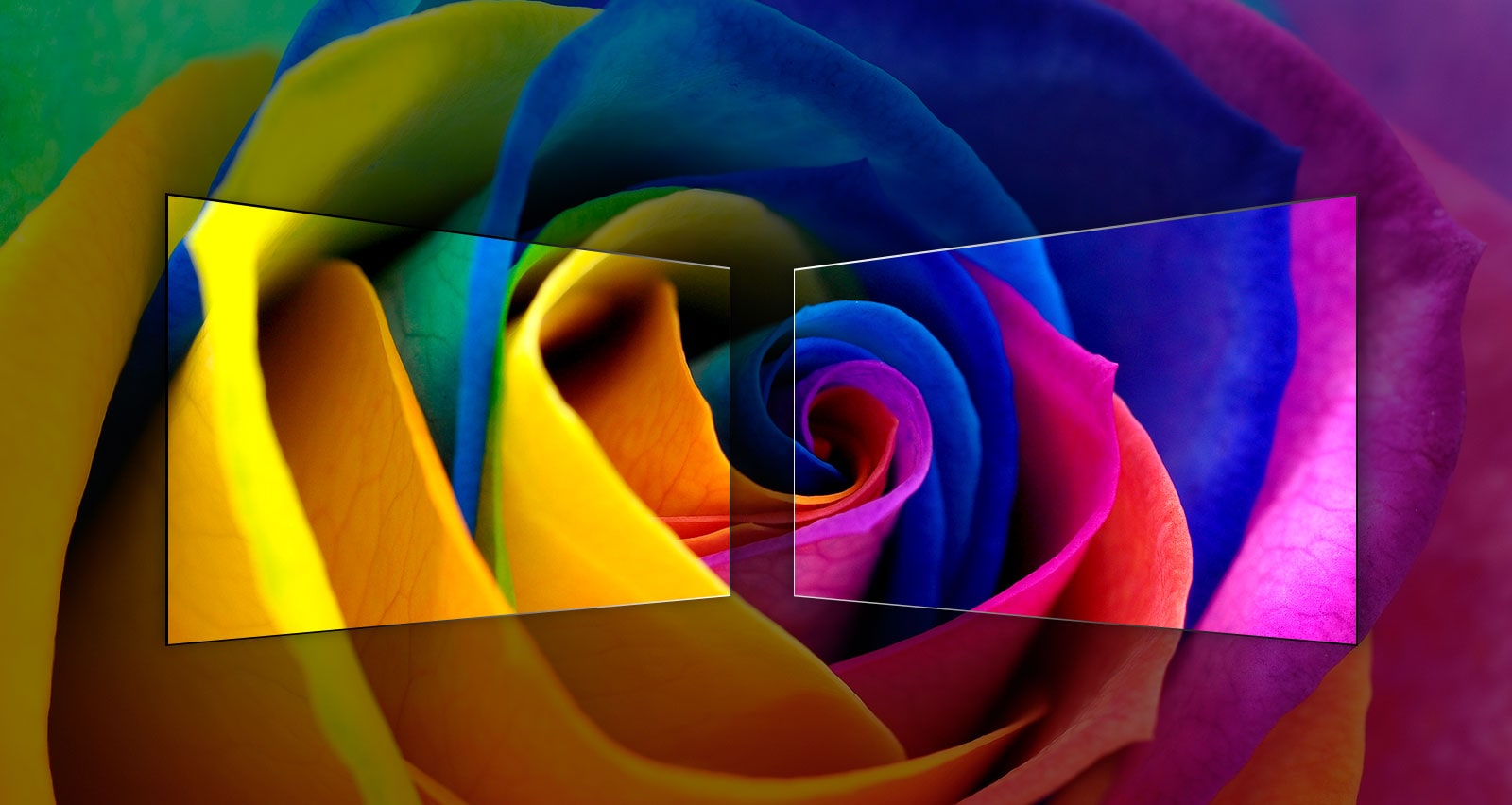 LG’s SUPER UHD TVs come in a variety of large sizes and are transforming television as we know it with resolution ranging from at least four times that of full HD to Nano Cell™ Technology.

*Parts and accessories shipping cost may vary. *Prices, promotions and availability may vary by store and online. Prices subject to change without notice. Quantities are limited. Check with your local retailers for final price and availability.

Because life waits for no one, at LG USA we create consumer electronics, appliances and mobile devices that are designed to help you connect with those who matter most. Whether that means cooking a nutritious, delicious meal for your family, staying connected on-the-go, sharing your favorite photos, watching a movie with your kids or creating a clean, comfortable place to celebrate the moments that matter, we'll be there for you every step of the way. We’ve even forged partnerships with experts like the Pantone Color Institute™ to demonstrate the awe-inspiring power of color, creating real places like Café OLED, where you can taste, touch, smell, feel the vibrancy of colors, while bridging the gap between the digital and physical space.

Mobile: To help you stay connected your way, our mobile devices feature powerful smartphones and slim tablets that fit seamlessly into your life. And whether you want to download the latest apps, shop online, text, track your fitness or just surf the web, they make it easy to do it all on-the-go.

TV/Audio/Video: If you can't get enough of your favorite sports, the latest movies, love 3D entertainment -- or just want to listen to your favorite music in stunning clarity -- our newest electronics can help you experience it all in a whole new way. Another plus? Now, you can get a one-year Disney+ subscription with participating OLED TV model purchases, or a 6-month subscription with participating NanoCell TVs.

Appliances: Created to help you enjoy more of what life has to offer, our appliance collection features ranges and ovens that can help you cook healthy, delicious meals more efficiently, clean your dishes faster, do more laundry in less time, and even clean and cool your house so you can enjoy a comfortable space all year long.

Computer Products: Life happens in an analog environment -- and on a digital plane. And our newest computer products can help you experience the best of both worlds. Designed to give you crystal-clear images, deep blacks and rich colors, plus the speed and storage you need to work and play, safeguard memories and protect important documents, they can help you make the most of life in every way.

From the very first note, our collection will transform your living room into a stunning home theater Explore our complete collection of LG electronics, mobile devices, appliances and home entertainment solutions -- and find everything you need to connect with your friends and family, no matter where they are.