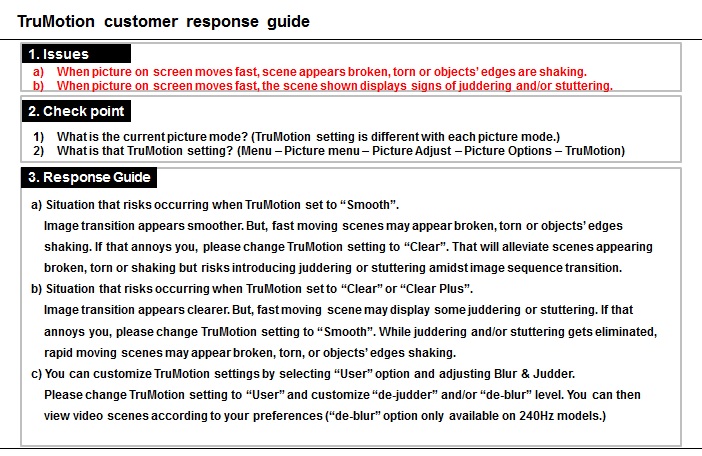 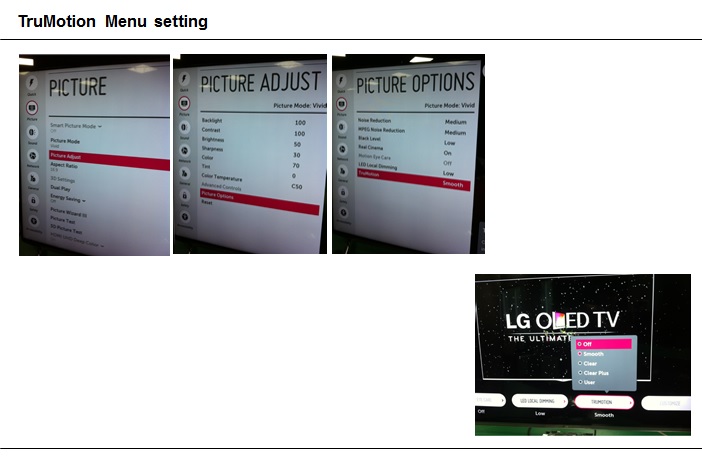 interpolation and backlight scanning for an even cleaner, clearer and crisper image transistion.

at which point no adjustment whatsoever are made possible.

Movies are captured on celluloid at a rate of 24 images per second. When projected onto a big

escaping reality. That is one of the prime objectives of filmmaking.

natural and realistically raw in-your-face footage. There is nothing artificial, dreamy or fantasized

Televisions display images whether in motion or static at a rate of 60 images per second (60 Hz).

3:2 pull-down process was developed to get a 24fps movie to play on television.  It consists of

match that of the viewing video source.

the background more specifically in opposite directions. Combination of both may require more

being more detrimental to picture reproduction by adding undesired video artefacts. Turning it

completely off might be vest viable option at that point. 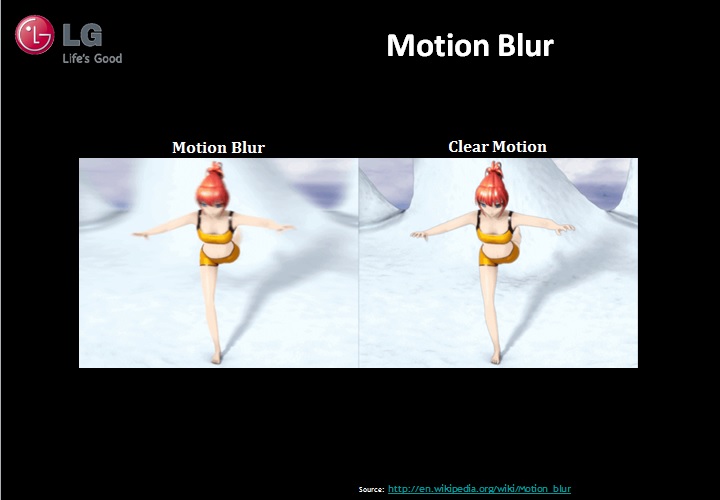 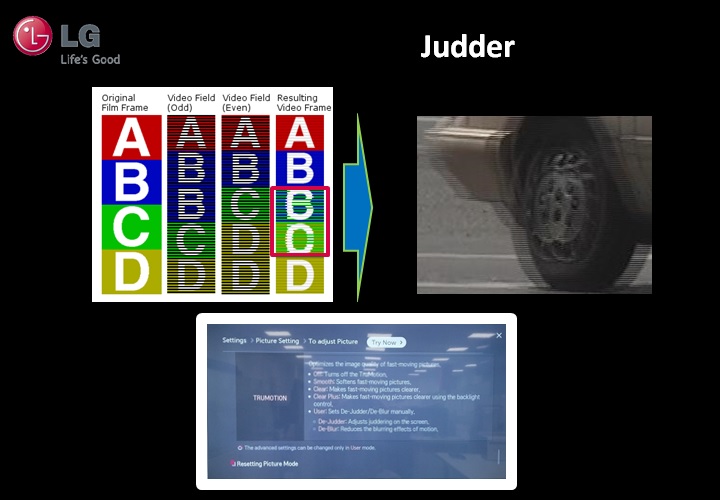 Get your questions answered about product setup, use and care,
repair and maintenance issues. We can help.

Our new AI powered chat bot service is here to help 24/7 365 days a year.
If our chat bot can’t help you will be transferred to a live agent during the hours below:

No time to chat?

Your Voice to The LG Executive Team
LG SUPPORT
Need information? Got a question? Finding answers and information is easy with LG online service and support.